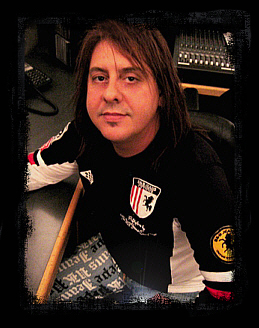 Chuck Duran is the Owner and Head Producer at Demos That Rock Studios in Los Angeles, Miami and New York. He has a varied and extensive background in the entertainment business, with hundreds of impressive credits to his name.

From producing thousands of commercials for companies such as Nike, Chevrolet, Budweiser and so many others, to having two hit rock albums in the Japanese & European markets, to writing and performing songs in award winning movies like "My Cousin Vinny" for TV and film companies such as Warner Brothers, 20th Century Fox, Paramount Pictures and Disney. And you can hear Chuck's voice as the singer in Disney XD's sitcom, "I'm In The Band". Watch episodes on YouTube! 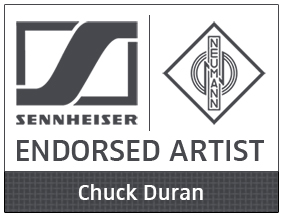 Chuck is one of the most capable studio talents in the country, taking immense pride in not only consistently turning out the absolute best product in the business, but having a great time doing it as well, and making sure that his clients do too. That's one of the many reasons that Chuck Duran has become THE most sought-after voice over demo producer.

And after one meeting with him, you'll understand why.

An effective voicover demo always begins with well-crafted, exciting, and up-to-date scripts. I will write and create the perfect copy for your voiceover demo to help showcase your unique voice and strengths, to capture the attention of agents and talent buyers. And get them excited about YOU!

I will coach you and lead you to bring your voice acting skills to a whole new level of "perfect performance." More than 90% of the many trying to break into the voiceover business don't make it. The most common reason of all is that the performance on their demo isn't where it needs to be to get them the right agent or the serious jobs. I will direct you, advise you and prepare you for success.

I work with voice actors from beginners to pros, and from all over the world for a reason. When we record together I can assure you that you will learn and have an awesome experience. You will feel relaxed, excited, and sound absolutely amazing when we're done.

I personally know and talk to most of the biggest voiceover agents in the industry on a regular basis. This is how I know what they want and need to hear on your demo, the things they dislike, and how to best get their attention. And if 90% of success is knowing the right people, then you can be confident that I know them all.

There's no reason to invest in a voiceover demo if nobody knows you have one. I will sit down with you and help come up with an individual and personalized marketing plan to get your new demo into the right hands. There is an additional fee for this in-depth service.

Explosive, award-winning, full post-production services are included with all demos. With over a decade of experience, I bring my clients out-of-this-world sound design. This is just one of the elements that will make your demo rock their socks off.